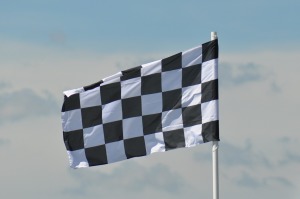 David Roudabush, 82, of Blue Knob, passed away Tuesday December 29, 2020 at UPMC-Altoona. He was born September 9, 1938 in Queen, son of the late Earl and Laverne (Knisely) Roudabush. He married Peggy Marlett on September 21, 1957 in Cumberland, MD.

Dave retired from General Refractories, Claysburg and was previously employed at Berwin Railway. He also operated an Atlantic gas station and sold produce for over 40 years. He and his wife also served as camp hosts at Blue Knob Campground for many years.

He was a member of the former East Freedom Lion’s Club and served as president from 1981 -1982.  Dave enjoyed farming, NASCAR racing and volunteering at the Altoona Curve.

Private services will be held at the convenience of the family and we ask those in attendance to follow CDC guidelines by wearing a mask and social distancing.

In lieu of flowers, contributions may be given to the McKee United Methodist Church.

To send flowers to the family or plant a tree in memory of David Roudabush, please visit our floral store.

You can still show your support by sending flowers directly to the family, or by planting a memorial tree in the memory of David Roudabush